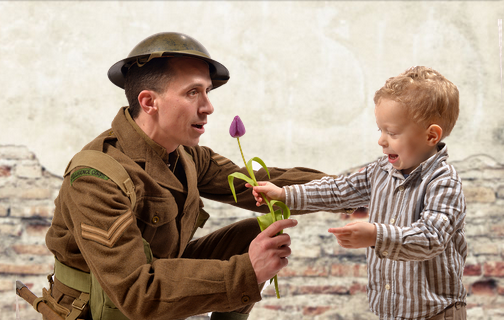 Based upon love and concern for the wellbeing of all, Friends work for reconciliation and active nonviolent resolutions of conflict. Friends have traditionally supported conscientious objectors to military service, while holding in love, but disagreeing with, those who feel that they must enter the armed forces. Friends oppose all war as inconsistent with God’s will.

Recognizing that violence and war typically arise from unjust circumstances, Friends address the causes of war by working to correct social injustice, and by strengthening communities, institutions, and processes to provide nonviolent alternatives to military force. We testify* against structural violence** implicit in disparities of wealth and income and against discrimination on the basis of race, sex, age, class, sexual orientation, and other divisions of people.

The work of peace is the work of sustaining relationships of mutual human regard, of seeing and speaking to that of God in everyone, of seeking peace within ourselves, the family, the community and the world.

* “Testify” here means “witness,” that is, to let one’s actions and words spring from deep convictions. Many Friends do not talk often about their beliefs, but allow their lives to bear witness to their beliefs.

** “Structural violence” is a term commonly ascribed to Johan Galtung, which he introduced in the article “Violence, Peace, and Peace Research” in 1969. It refers to a form of violence where some social structure or social institution may harm people by preventing them from meeting their basic needs.